What is true entrepreneurship and innovation?

Every other person wants to be an entrepreneur or claims to be one. Start-ups pursue billion-dollar valuations, but as this article here shows, not many are able to pull the mythical ‘unicorn’ out of a hat. In fact, the majority are better at pulling the ‘disappearing act’.

As I was reading this particular article, I couldn’t help but ponder, ‘what is true entrepreneurship and innovation’? Having once been an accidental entrepreneur myself, I know that it’s not all smoke and mirrors in a magic show. An inflight movie on entrepreneurship answered my question. (And no, it wasn’t The Social Network.)

The movie, Pad Man, chronicled Arunachalam Muruganantham’s journey as an accidental entrepreneur, which started with wanting to solve one simple problem: making sure the women in his family had access to affordable sanitary pads. While the movie may have been embellished in some ways, Arunachalam’s story imbues simple lessons that strike the true core of what entrepreneurship is and what drives innovation.

Most people have an innate instinct to shun problems. Trying to solve them takes a lot of time, and there’s no guarantee of a payoff. By contrast, entrepreneurs and innovators actively seek problems out. When they see a problem, they see an opportunity. They would ask, ‘How can I fix this?’.

I’ve always believed that questions are far more important than answers because questions set you on a journey of curiosity, testing, discovery and learning. Answers, without further questions, are a killer of knowledge.

Passion without action is a burden

People love to tout and shout about their passions. I call them ‘passion fruits’ — full of flesh and seeds; there’s so much potential for fruition. There are many ‘passion fruits’ out there, but whether one rots away with time or becomes a tree full of potential harvest, time will reveal.

If you have a business goal or personal dream that you truly believe in but don’t do anything about, then that passion is nothing but an unfulfilled emotion that will burden you instead of driving you.

Successful entrepreneurs and innovators are not made in R&D labs

Companies spend billions in R&D to create the best products or solutions. But that’s not where successful entrepreneurs are made. ‘Pad Man’ didn’t have millions of dollars to develop his product, but what he did have was T&F – the school of ‘Try & Fail’.

It wasn’t just his product that improved. Perhaps more importantly, he gradually became a better entrepreneur. With every failure, he learned a lesson about aspects of product creation or marketing and became grittier. Despite a series of devastating setbacks – being left by his wife and mother, ostracised and chased out of his village, and losing money the whole way, he never gave up.

Every start-up seems to have the ultimate goal of reaching a billion dollar valuation. Some are inflating their worth more than others. There’s nothing wrong with that. After all, every company needs cash flow to keep daily operations running and investors smiling.

‘Disruption’ has been another buzzword thrown around, often with little substance behind it. These days, everything in new tech seems to be ‘disruptive’. A new generation of iPhones with super retina lens is not disruptive. A new online marketplace to buy and sell used products is not disruptive.

No new innovation or technology is disruptive on its own. Only when it changes and disrupts mindsets, lifestyles and habits can it truly earn that title.

Entrepreneurship is NOT exclusive

Many people still think that to be a successful entrepreneur, you need millions in capital to start, or that you need to have attended an Ivy League or a top notch business school. There is a certain ‘qualification’ or academic pedigree that has come to be associated with, and define, entrepreneurship.

Ultimately, true entrepreneurship and innovation are not about making billions and chasing fame. At its heart, it is about solving problems and inspiring others to do the same.

Have you read the
Outcome Media Report?

We surveyed almost 5,000 marketers across 16 key global markets and unearthed some fascinating insights into how the industry thinks about digital media success measurement and its priorities for this year. 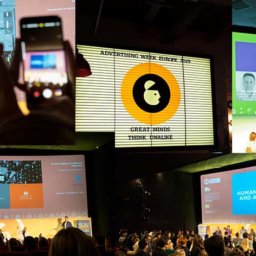 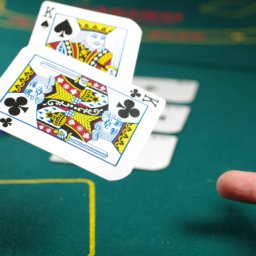 Why advertising needs to be a two-way game